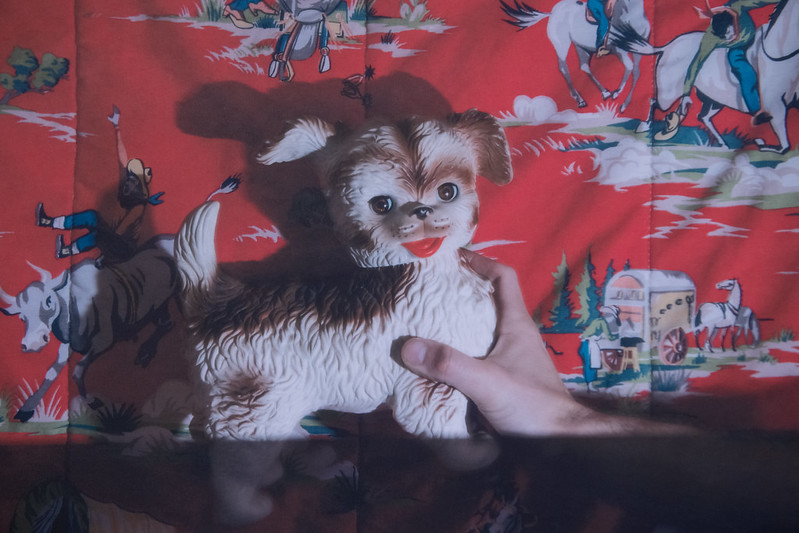 They live among us—elegant creatures, dangerous creatures, drooling creatures. Through photographs, collected objects, textiles, and installation, Emily O’Leary and Bucky Miller provide a rich space to contemplate the otherness of dogs. Leaving dog clichés aside, both artists frame the dog as a singular figure in the human imaginary and a physical, material being with its own agendas and its own consciousness.

Emily O’Leary received her BFA in Sculpture from the Massachusetts College of Art and Design in Boston and her MFA at the University of Texas at Austin. Like some sort of slow, slow drawing, her samplers (pieces of needlework made with a variety of stitches) depict scenarios that are modestly strange, a catalog of circumstances just at the edge of recognition or familiarity. She has an upcoming solo exhibition of at Women and Their Work Gallery in Austin, Texas in the Summer of 2020. She has two sister dogs named Cobalt and Dash.

Bucky Miller is an internationally-exhibited artist from Phoenix, AZ. He earned an MFA from the University of Texas at Austin and studied in the Royal College of Art Program in Sculpture. His first self-published book was selected as one of photo-eye’s best of 2016, and he is a 2018 recipient of the Aaron Siskind Foundation Individual Photographer’s Fellowship. He is currently the Director of Education at the Houston Center for Photography. He has no dogs. 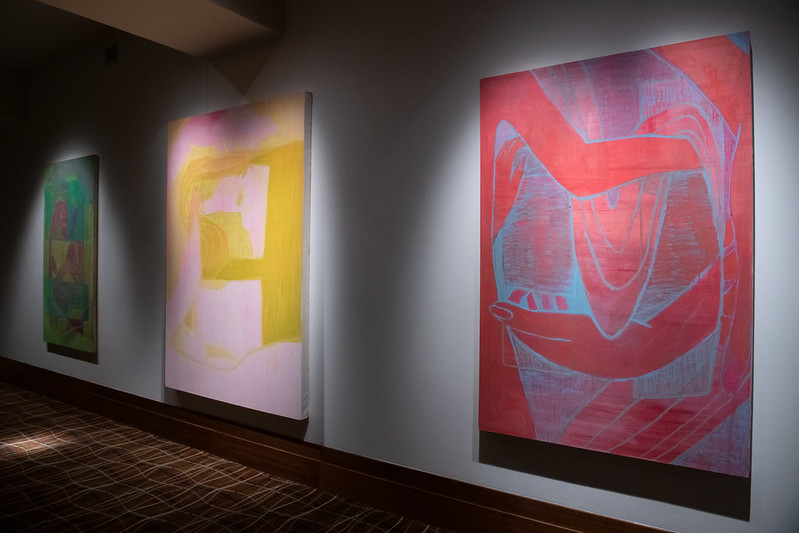 Annie Miller’s paintings abound with slippages and reflections and explore the erotics of the gaze. smells like marcelle includes large-scale paintings, a video installation and a site-specific wall drawing. Here, fragments of vision separate and mirror themselves, switch angles, saturate and bleed color. As one moves between the paintings and videos motifs recur like fetishes or obsessions and the careful eye might capture a moment of familiarity or a sense of déjà vu. In her wall drawing, the gesture of a grand pair of disembodied hands offers an invitation to look behind the curtain, at a private world within.

Annie Miller‘s work explores a space of sensuality and desire; the longing to touch, to penetrate, to hold and make contact and the inherent failure or displacement of this longing. Miller holds an MFA in Painting from The University of Texas at Austin and a BFA in Painting and Drawing from California State University Fullerton. She has exhibited throughout the country and currently lives and works in Austin, Texas where she is a lecturer in Studio Art at The University of Texas at Austin and Texas State University. 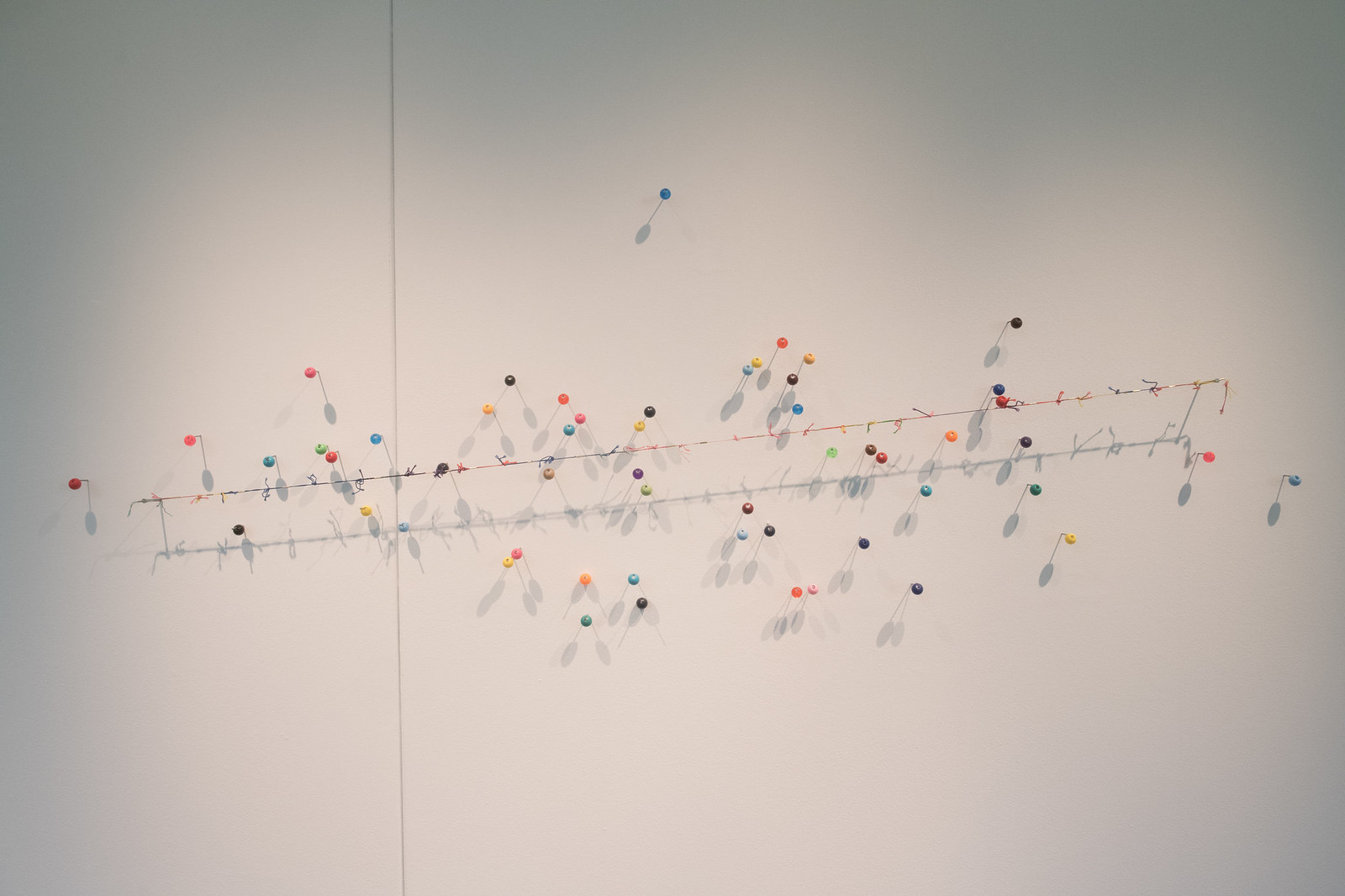 The word “positive” holds multiple meanings—it describes the beneficial and affirming, but also refers to scientifically verifiable data. In the space between these meanings, how might we ascertain the value judgements hiding within the rhetoric of objective knowledge? Christina Coleman’s recent body of work draws on the aesthetics of statistical graphing to question the visual rhetoric of social science. Coleman mobilizes the tools and products of African-American haircare as materials for drawing in space, constructing conceptual installations that vacillate between abstraction and representation. The elegant appearance of this data both evokes and frustrates our efforts to understand the human phenomena to which it refers.

Christina Coleman is a visual artist working in sculpture, drawing, and installation. Utilizing various materials ranging from commercial hair products to traditional fine art tools, Coleman works through subjects including the body, space, identity, and abstraction. She holds a B.A. from the University of California at Los Angeles and an M.F.A. from the University of Texas at Austin. In the summer of 2011, she was an artist-in-residence at the Contemporary Artists Center at Woodside in Troy, NY. From 2016 to 2017, she served as co-curator at de stijl | PODIUM FOR ART, a gallery in central Austin. Her work has been exhibited in solo and group shows in Central Texas, most recently including I Know Why the Caged Bird Sings at the George Washington Carver Museum and Cultural Center, The First Horizons of Juno at MASS Gallery, and A Spatial Continuum in Black at Texas A&M International University. 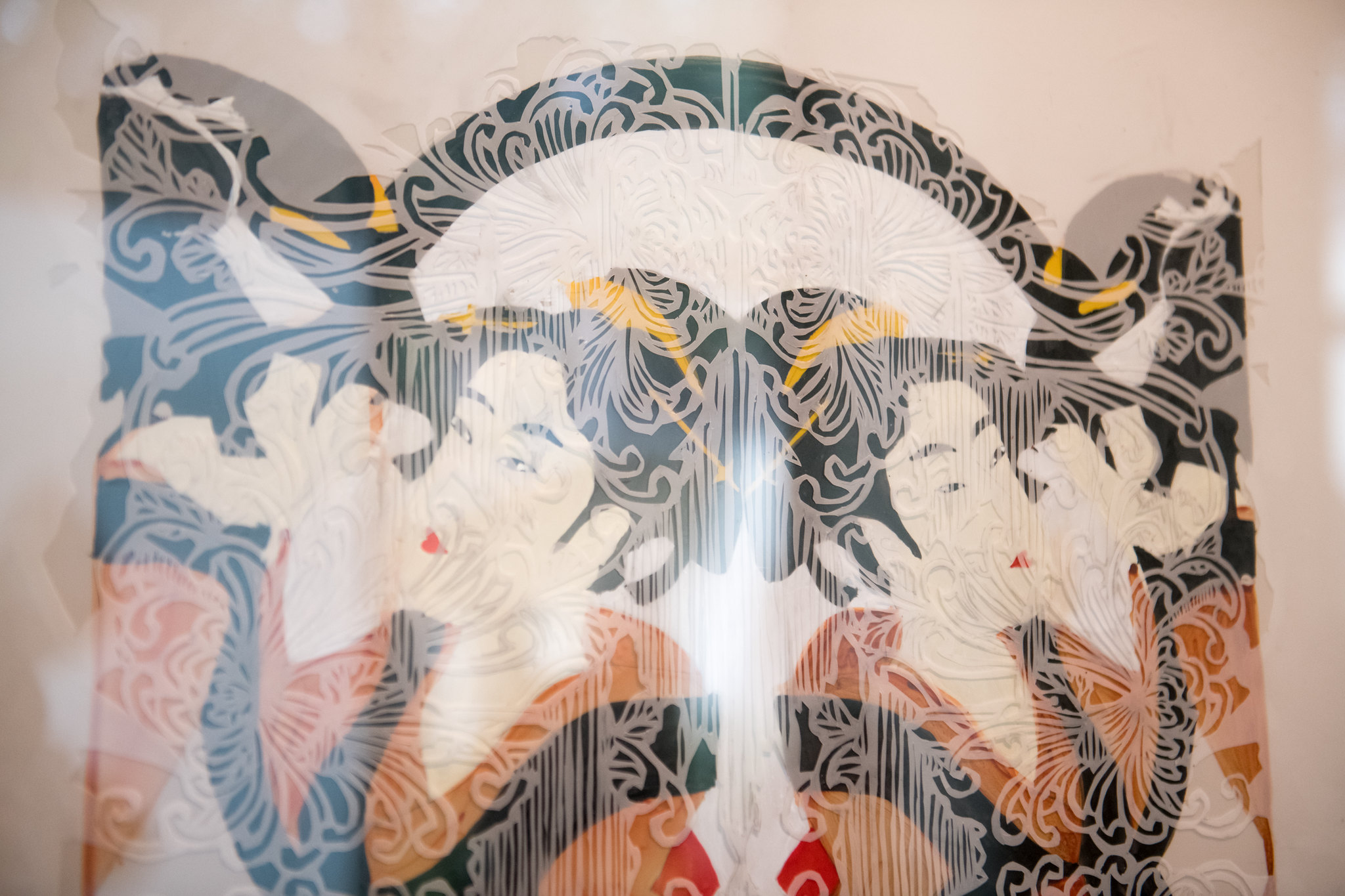 Teruko Nimura is a multi-disciplinary artist with a diverse practice that includes installation, drawing, painting, sculpture, performance, participatory, and public art. She has exhibited nationally and in Mexico, and was recently included in the 2017 TX Biennial. She received her BFA from San Francisco Art Institute and her MFA from UT Austin in 2009. She is currently based in Austin, TX. 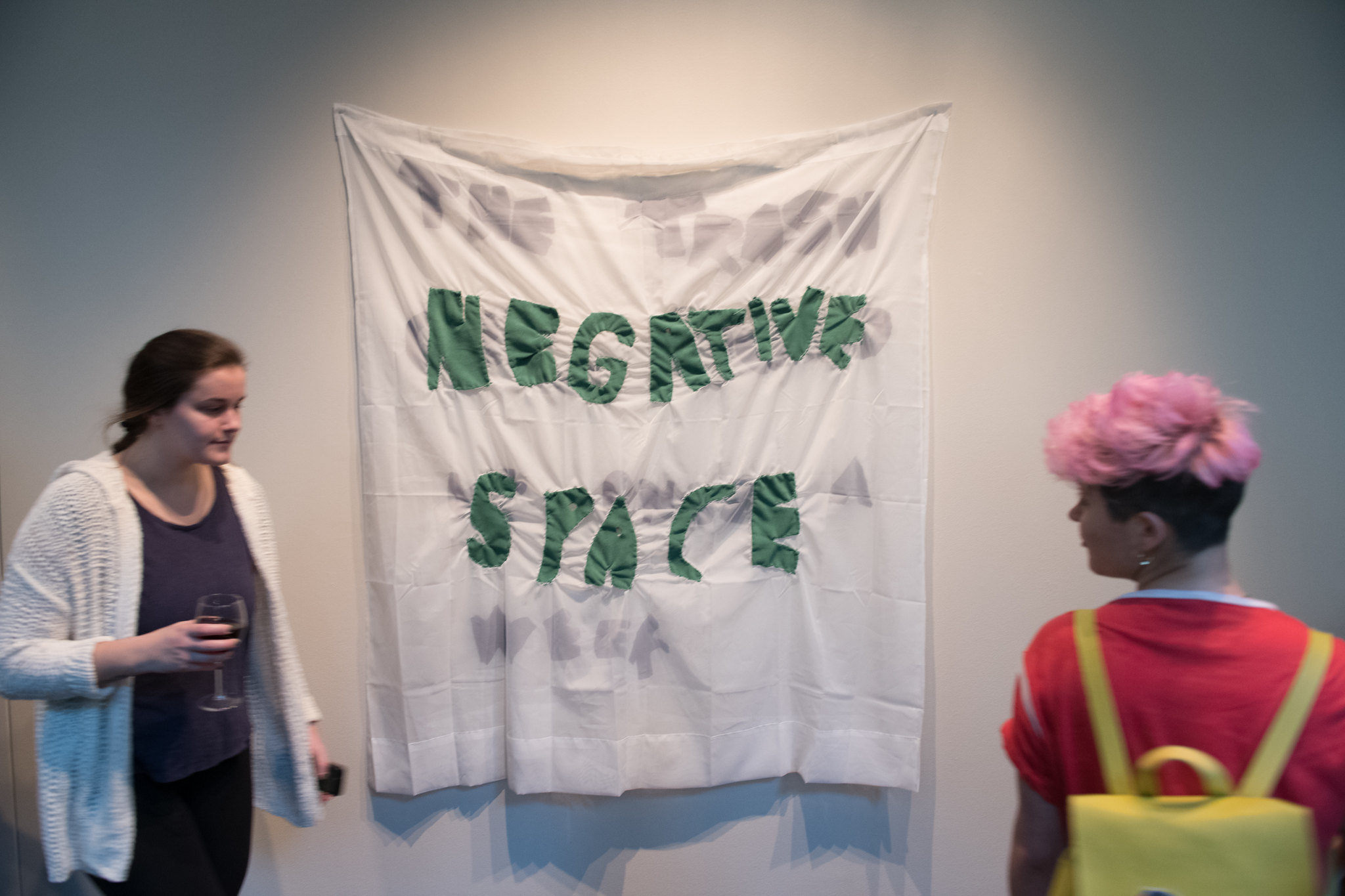 Halloran’s work uses associative color and serious play to mimic objectivity and hysteria. Her recent textiles and drawings toy with the viewer’s expectations of rationality and narrative by engaging a feminist form of comic one-liners. Through these material and textual jokes, Halloran’s humor creates a visual world that is as colorful and messy as our own hilarious lives in all their weird particulars.